Pondering our Hopes and Aspirations for 2009

Wow! What a year. Obama's election is a powerful symbolic and concrete reminder of how much there is to be hopeful about even amidst breakdown everywhere we look - social, economic and ecological. The world system is under great stress. Yet, at the same time, this age of discontinuity is also teeming with an infinite range of opportunities, as demonstrated in the New York Times' always intriguing Year of Ideas.

We gave ourselves iPhones for the holidays, but what we really want is to reinforce qualities that will see us through the tough times with peace, joy and love.
This message is a reflection on the values and principles we feel we'll need to face 2009 with confidence.

We thought some of you might find our personal meditations of interest. Whether our reflections intrigue you or not, we certainly do wish you all the best in 2009! It is going to be a fascinating and, quite possibly, a wonderful time.

In Tumultuous Times We Need.... 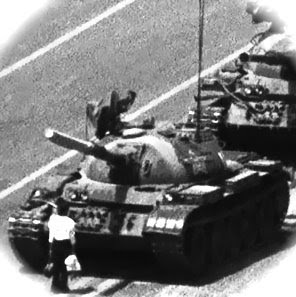 at no quality is more needed and more difficult to possess during rough periods than courage. This familiar image of an unknown hero on his way back from a trip to the grocery who just decided to hold the line against an onslaught of tanks conveys something fundamental about courage: Courage comes down to the ability we have to face dangers of any and all sort at the actual moment we are confronted with making a choice between engagement and fear. In the anticipation of events, we can believe that we will be courageous. Reflecting upon what has already transpired, we can evaluate whether we were courageous or not. But what really counts is our capacity to be present in the moment when an act of bravery of some sort is necessary. We believe that a new era will begin next year, one that will require many of us to "step up" in new, exciting and sometimes uncomfortable ways.

For example, we hope (and believe) that race-based discrimination and segregation is about to change more rapidly than most Caucasians anticipate. Discrimination based on ethnicity, gender and sexual preference will also move rapidly toward extinction. Even a cursory review of the annual reports of the Fortune 1000 demonstrates that the private sector power structure is largely white and male. A dramatic acceleration of integration will mean that towns, suburbia and exurbia in the US will start looking more like Park Slope/Brooklyn, San Francisco and Toronto than it does today. The impact of the enormous talent possessed by populations that have long been excluded from the center of American private and public sector decision-making apparatus is about to burst onto the scene as never before.

What does inclusion have to do with courage? People from starkly different racial and ethnic backgrounds are going to be getting to know each other in neighborhoods and in white collar organizations as never before. Long-standing assumptions, mental models and stereotypes are going to be confronted. It can be very scary to let go of strongly held and long-standing ways of seeing other groups and classes of people. It will take courage to step into the change rather than avoid it.

The shifting of race relations is but one of the many, many tectonic upheavals shaking the status quo in this electric time. Fundamental changes in world economic relations and in nature of consumer choices are other areas that come to mind easily. We're in uncharted territory; we hope that we have the fortitude to let courage guide us.

2. Will Applied to Purpose:

"If you don't know where you are going, any road will get you there."
Credited to both Mark Twain and Lewis Caroll
Unfortunately, there are a lot of us who have perfected the ruinous strategy of unconscious impulsiveness at a personal and societal level. Human will is directed toward achieving something, and if that something is in accord with what society and the planet need to discover and learn, over time that will succeeds in the transformation of people and their social systems.

Psychosynthesis was developed by psychologist Roberto Assagioli to explore the possibilities of the human being who could put imagination, intuition, thought, desire, sensation, and feeling together into a will that serves the self in a way that actually moves humanity ahead in some way. In this era, a will that supports the well being of biological diversity is an example of a worthy ambition. 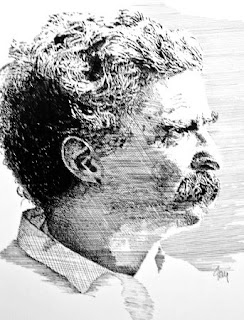 Like millions of human heroes spanning history, Mark Twain is an example of someone whose accomplishments were truly amazing. He had the ability to channel his will in a particular direction, toward a specific focus. Twain and his ilk demonstrate the ability to integrate their energies and aspirations toward goals that comport with a universal "good." That's one of the reasons their contributions live on -- while those who have exerted great power toward selfish ends are remembered primarily as epitomes of evil rather than as contributors to the condition of human beings and their environment.
Has there ever been a more important time than 2009 for people of purpose and good will to come together to sustain the world system? If so, we aren't aware of it. 2009 is the year where a purpose beyond materialism and selfish personal benefits must prevail; a year that demands that we (the writers of this letter) commit to becoming bigger than we have been by bringing impact of our will and desires into sharper focus. 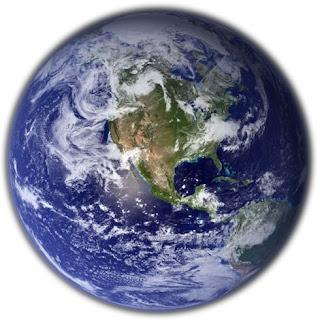 This isn't an easy order. We are set in our ways. We like predictability. But, 2009 is asking us to dig deeper. It says that the world system is in crisis. It says that we turn away from this fact at our collective and personal peril.This year stares people like us -- who take pleasure in our lifestyle -- in the face and says that we must focus our energy and join the effort to save our beautiful blue speck from destruction, despair and disdain. The financial crisis can't be allowed to trump the environmental crisis. These two concurrent global crises must be addressed concurrently taking into account their co-dependent interconnectedness.


3. Hope: At the closing of Kubrick and Clarke's 2001: A Space Odyssey, an infant approaches the Earth in a womb-like bubble, and that must, in fact, be the condition of every birth. Day in and day out, like a Kabbalistic manifesto, from no where comes infinite possibility.

A recent conversation with a pessimistic friend reminded that the human record, as reported by authorities such as Jared Diamond, is not encouraging when it comes to long term thinking or self-preservation. Civilizations that once shone brightly disappear leaving only vague markings for archeologists to analyze as a result of their excesses and indulgences. If the "requiem scenario" is fulfilled, maybe that's what is about to happen at a global level. Were that to occur, Jimi Hendrix' bleak vision in one song of there "Ain't no life, nowhere" might be fulfilled. And that would certainly be sad, tragic, disastrous, catastrophic beyond comprehension or description! The Apocalypse may hold an appeal for a lot of people, but we're no fans of it here at Art of the Future.

It is true that a sober analysis of the facts might lead us to conclusion that humanity is a failed experiment. We found a beautiful garden and we have littered it with waste, war, and weaponry. Game over.

But, of course, that is not the way of the Future; it is not the way of Art. The weight of facts do not define destiny. We hope that humanity has the ability to renew, refocus, realize its intention to create a truly glorious set of possibilities. May 2009 be the year in which we, together, create a reality from that hope.
Posted by Michael Sales and Anika Savage at 10:43 AM

From your blog to God's ears!