Living in the Question

Some Critical Uncertainties of the Era

"A ball of confusion/that's what the world is today!"  So exclaimed The Temptations four decades ago and things haven't changed that much since then. There are probably many more questions about what the future is likely to look like than there answers.  Maybe that's always been the case, but it certainly is now.
For many of us, that is an uncomfortable reality.  Chronic uncertainty can breed unpleasant stress and anxiety.  On the other hand, not knowing how things are going to turn out can be exciting.  It makes life an adventure!
In this blog entry, we explore some critical uncertainties in an effort to identify the universe of big questions within which we all live.  Critical uncertainties are dynamic forces whose direction matters a lot on an international basis -- or at least a national one.  A true critical uncertainty is outside the control of any one entity, even a very powerful one like the government systems of the US or the EU or China.  How it tips should impact the zeitgeist of an entire era.  The tone of a society, a set of societies or  a significant industry should tilt one way or another depending on what happens to a critical uncertainty or to a set of interwoven critical uncertainties.  What moves a critical uncertainty one way or another and when it is going to tip can’t be fully known or understood in advance.  However, having a good handle on might shape the destiny of the future, i.e., knowing what questions to ask and what possibilities to follow, is an important compass to use in comprehending what might  be unfolding, even if the exact outcome and destination cannot be foretold.
So, in that spirit here is a list of powerful gyroscopes of change-in-motion whose spin momentum Art of the Future follows.  Add your own to this inventory!

The impact of climate change:  Many observers are absolutely convinced that human activity is jeopardizing the stability of the Earth’s climate and threatening to introduce an era of devastation.  Many others think that the threat is non-existent or overblown.

The mix of public and private power:  Will government power at all levels expand in the decades ahead, Or will the power of large corporations and other institutions supercede government influence across a range of geographies?


Governmental control vs personal liberty:  Will governments use new technology to become “Big Brother” monitoring and controlling every aspect of its citizens’ lives, Or will individuals demand and achieve the right to autonomy and freedom from continuous oversight?

The internationalization of law:  Will sovereign nation states be increasingly brought under the authority of international bodies, Or will the significance of international regulation and law diminish in the face of more local forms of power?


Shifting Global Power Blocks:  Is a multi-polar world emerging where international economic and ideological centers will compete on a much more level playing field, Or are anticipations of the end of the single superpower status of the United States overblown and based on a faulty analysis of real world economics and military power? 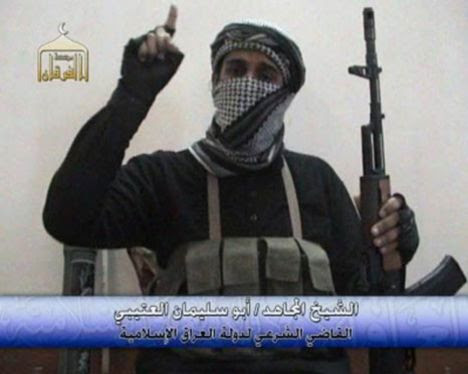 Terrorism:  Will fanatical groups spring up with increasing frequency and cause unprecedented levels of disruption to civilian society Or, will dissident groups express their views by entering into mainstream politics and use non-violent means of expressing their positions?

The level and type of educational achievement:  Will literacy of all types and knowledge acquisition expand in the future as millions use the web for information, Or will it decline due to population increases, limited investment and disinterest in academic work?

The city as a strategic entity:  Will metropolitan areas become increasingly integrated wholes pursuing policies to benefit urban dwellers, Or will cities be primarily inchoate regions stalemated by interest group based politics?

The availability of food and water:  Will existing food and water supply chains support human activity worldwide, Or will they be increasingly stressed by multiple breakdowns that imperil lives and well-being?

The supply of raw materials:  Will critical raw materials such as rare earths run out, creating havoc with production processes and slowdowns in technological advancement, Or will shortages be avoided through invention, miniaturization, and/or substitution?

Energy sources:  Will the number of viable energy sources supporting human activity proliferate driving down the price of production and transportation, Or will experimentation with non-carbon based forms of fuel prove to be too expensive and unreliable?

Global vs Local production:  Will trends toward the global manufacture and assembly of components parts of all sorts of goods and services continue, Or will regions refocus their concentration on what they are distinctively able to create, manufacture and trade?


The incorporation of robotics and artificial intelligence into everyday living:  Will robots and expert systems of various kinds take over many of the chores that make human existence unpleasant, Or will the technological utopias that get so much air time turn out to be mere fantasies and no substitute for hard physical and mental work?

Man/machine fusion: Will the explosion of computing power, genetics, nano-technology and robotics merge into new life forms, a singularity that will transform the very essence of what it is to be human, Or will these technologies fall short of expectations or be regulated in ways to prevent such a transformation?

Epidemics and treatment:  Will civilization be increasingly faced with wide-spread, fast moving epidemics for which there is no adequate response, Or will invention, innovation and investment master transitory medical threats?

Transparency and privacy:  Will social media and global interconnectivity prove to be a great boon to human inventiveness and productivity, Or will it create a hive environment where no one has privacy, the ability to be alone or the right think independently?

The supply of skilled workers:  Will economic conditions of low consumer demand and diminished horizons create a permanent reserve of highly trained personnel ready to work for low wages for at least a decade ahead or will demographic trends and burgeoning emerging economies and aging industrial ones stretch the supply lines of skilled workers very thin and in surprisingly short order? 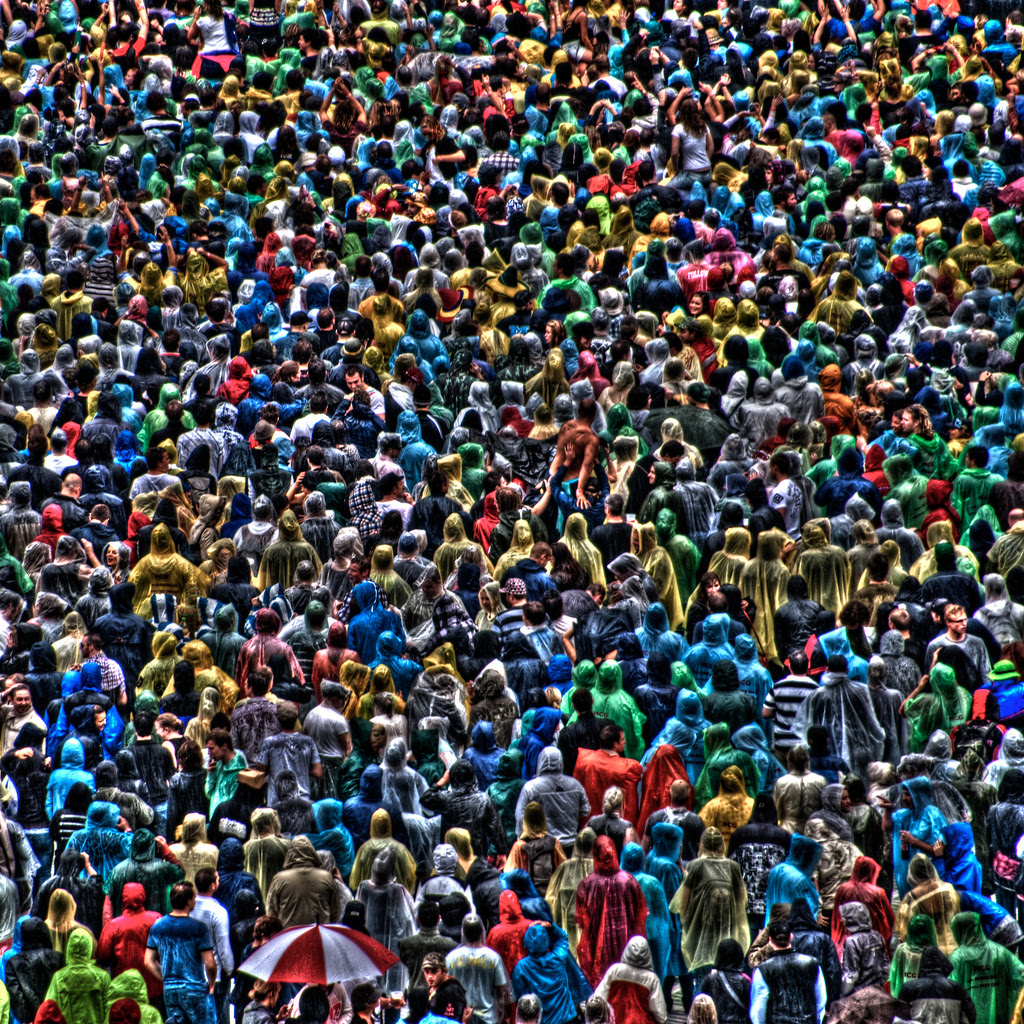 Community and individual:  Will individual see themselves as members of a larger community toward which they owe allegiance and responsibility, Or will they think of any group with power as unwarranted and unnecessary constraints upon their own liberty?

Unions:  Is the labor movement dead because it impedes private enterprise, Or will it become revitalized as a result of the growing power of labor in the emerging economies and globalization?


Violence and security:  Will people with opposing interests and objectives increasingly resort to violence against each other leading to an endless cycle of anxiety-laced security measures and retaliatory action, Or  will norms of behavior and civility bring ever-larger segments of the population into self-regulating mutual respect?


Stability of the financial system:  Will central bankers, economists and political leaders agree upon means to achieve and maintain global financial stability, Or will governments prove insufficient to the task and plunge the world economy into an extended era of self-protectionism?

Innovation and inventiveness:  Will scientists and entrepreneurs discover and develop new “killer apps” that revitalize global, national and local communities, institutions and organizations, Or are we entering a “me-too” era where investment in research and development will slow down and new ideas be slow to emerge and slower to find acceptance?

Consciousness: Are radically new realizations regarding the human potential, such as mental telepathy or the use of dreams as guides to life, about to break through into common use, transforming the human prospect, Or are these supposed possibilities no more than the hogwash of pseudo-science?

Design integrity:  Will consumers  demand products that are well designed and aesthetically pleasing, Or will price be the primary and, in many cases, the only factor affecting purchasing decisions?

Secularism versus Sectarianism:  In the US, the population is split between those who hold traditionally sectarian views and those who have a secular orientation.  A nearly equal number believe that the Earth was formed according to the biblical description vs those who believe that it evolved according to the scientific view. Proponents and adversaries of abortion and sex education are also in standoff positions.  Will social schisms based on religious and spiritual beliefs proliferate, Or will a new openness emerge mitigating disputes that seem intractable from the present perspective?

Income inequality:  In many societies, including the US, Brazil and China, the gap between the lives of the Haves and the Have-Nots is widening and concern about this bifurcation is increasing.  Will the trend toward greater social and financial inequality continue, Or will the needy manage to overthrow entrenched plutocracies?

Racial and ethnic dynamics:  Diversity, integration and multiculturalism are often lauded as not only moral but as smart business.  Will this view prevail, Or will a will sense of threat from change and suspicion of outsiders–reliable and long-standing human tendencies–endure?

Remote care:  Distributed electronics make it possible to treat many health ailments remotely.  This, coupled with innovations such as the ability to make, print and apply new skin tissues and limbs, will create new health care options.  However, many do not to trust technologically-mediated medical approaches due to potential malfunctioning, lack of empathy and judgement, etc..  Will remote care be widely adopted, Or will it remain a relative oddity, full of unfulfilled promise?

The nation state vs. the cyber state:  The internet enables world spanning communities of all sorts.  Very powerful stateless communities may bond in cyberspace with little or no physical location or contact.  Will national governments lose clout as people conduct business and social relationships in cyberspace, Or will there be the sort of continued sense of citizenship and unity of national identity?

Space travel and colonization:  Will the ancient urge of humanity for adventure take it past its planetary boundaries into an never-ending era of exploration, Or will the huge investments required and the fear of a greater unknown than has ever been broached prohibit off-world excursions?
Posted by Michael Sales and Anika Savage at 1:17 PM 1 comment: